Out to Alarm Texas

Saving lives, one smoke alarm at a time. 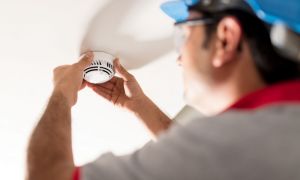 According to the report, 2021 Fire Loss in the United States from the National Fire Protection Association, there were:

NFPA also notes that the risk of dying is cut in half in homes with working smoke alarms.

The program is made possible by grants from State Farm. 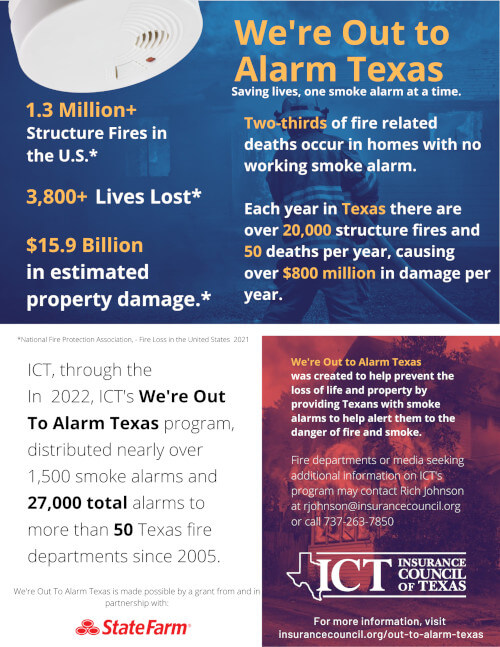 Fire departments must be willing to install donated smoke alarms into homes on a first-come/first-served basis.  Firefighters will install the new alarms and inspect each home to make sure other smoke alarms are working properly and point out potential fire hazards.  Each fire department keeps track of where they have installed the smoke alarms so that firefighters can determine if the alarms were instrumental in saving lives or property.

Click here for additional information on the value of a working smoke alarm in your home from the NFPA.